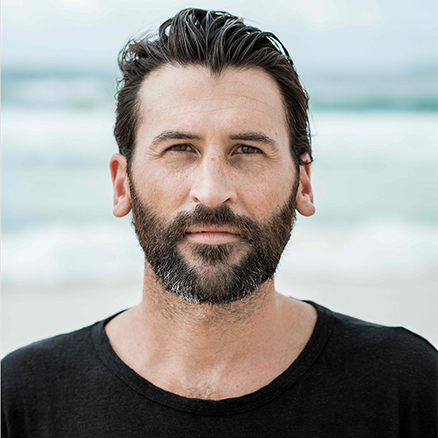 Tim Silverwood is an award-winning environmentalist committed to reducing human impacts on the natural world. A keen surfer, Tim became alarmed at the risks plastic pollution posed to our oceans and wildlife, co-founding the not-for-profit organisation ‘Take 3 for the Sea’ in 2009.

Tim’s focus and mission with OIO is to create an abundant and sustainable ocean through inspiration, innovation and good business. His achievements include being awarded the 2014 Green Globe ‘Sustainability Champion’; featuring in the popular ABC series ‘War on Waste’ and starring as an ‘Ocean Guardian’ in the 2017 feature documentary ‘Blue’.

In 2011, Tim sailed 5000km across the North Pacific Ocean to study the infamous Great Pacific Garbage Patch, sharing his experiences through a popular TEDx talk on his return. He is also a passionate presenter, commentator and facilitator who has delivered hundreds of talks and workshops to businesses, government agencies, schools, communities and conferences including South by Southwest Eco in Austin, Texas and the Our Ocean conference in Washington D.C.

A regular fixture in news and media, Tim delivers a firm, reasoned and insightful case for ‘business as unusual’ to create an abundant and sustainable future for Planet Ocean and its inhabitants.